All too often, this struggle remains invisible to most people in the U.S. and around the world.  As Rob Nixon argues in his recently published book Slow Violence and the Environmentalism of the Poor, contemporary media like to focus on spectacular, immediate violence such as the 9/11 attacks.  Since environmental damage seldom conforms to these spectacular expectations, the struggles of affected communities are often ignored by the dominant media. Given this media silence, we need to find new ways of raising the average person’s awareness about what is happening to indigenous peoples within our own borders and around the world.

This imperative makes the recent work of LifeMosaic particularly important. LifeMosaic is a Scottish-based non-profit which has launched an important new series of short films to help raise awareness and build knowledge about climate change and the struggles of indigenous peoples.

LifeMosaic officially launched the new series, Fever – A Video Guide to coincide with the Continental Encounter of the Peoples of Abya Yala for Water and Pachamama in Cuenca, Ecuador, 21-23rd June 2011.

Fever – A Video Guide, is made up of four short films which have been designed as a resource for Indigenous communities, to help share information about climate change as well as the struggles and the strategies that communities employ to defend their rights and determine their own futures. In the films we hear stories from communities in places as diverse as Ecuador, Nicaragua, the Philippines and Indonesia.

But the films aren’t just for Indigenous People. “[They’re] also for local facilitators,” says LifeMosaic, “to help strengthen the capacity of networks and organizations in their awareness-raising and advocacy work on climate change.” “[The films can also] be used to bring indigenous peoples voices to audiences such as government officials; to all those whose work relates to indigenous peoples, forests and climate change; and in schools, universities, film festivals and other public events,” LifeMosaic adds.

All four films are available in Spanish, English and Bahasa Indonesia. They can be freely viewed or downloaded by anyone. DVD copies may also be requested by visiting LifeMosaic’s website and clicking on “Request a DVD”.  A Community Facilitator Guide is also available: http://www.lifemosaic.net/pdf/Facilitators%20Guide%20English.pdf

Fever was awarded the 2010 award for Creativity and Contribution to the Indigenous Narrative by the Indigenous Peoples’ Latin American Network for Film and Communication at the Xth International Indigenous Film and Video Festival in Quito, Ecuador.

Overview of the films

The first film, Fever , explains the essential points of climate change and why it is so important to Indigenous Peoples. Watch/Download Fever (21 minutes). 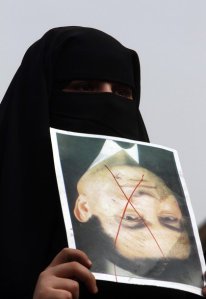 I have been watching recent events in Egypt avidly from afar this weekend for both their tragic death toll and their incredibly exciting potential to end the autocratic regime of Hosni Mubarak. The fall of the Egyptian dictator would no doubt resonate widely within the Arab world and beyond.  Indeed, it’s interesting to note that the Chinese regime has blocked all references to Egypt on Twitter.

This attempt to cut off the revolutionary rumblings that social media such as Twitter and Facebook can transmit clearly reflects the importance of these new forms of mass communication.

For a variety of different perspectives on this topic, it’s worth looking back at the Social Text dossier on social media and the Iranian uprising in 2009.  You can find it here.