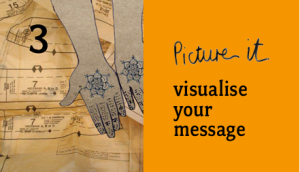 Activists are increasingly turning to online resources to help bring about progressive, grassroots-empowering social change.  Clay Shirky wrote about the power of social networking in accessible and thoughtful terms in Here Comes Everybody.  In a more scholarly vein, Jeff Juris’s book Networking Futures: The Movements Against Corporate Globalization explores the global justice movement’s use of networked technology and horizontal organizational forms.  More recently, Social Text organized a moderated forum on the role of networked dissident technologies in Iran following the disputed election of summer 2009.

I recently learned of two interesting initiatives to build awareness of the possibilities for networked activism.  The first comes in the form of the Tactical Information Collective’s film Ten Tactics for Turning Information into Action.  The film, and the website that supports it, offer a kind of DIY manual on how to use digital media to bring about social change.  There are some fascinating case studies included here, and the organization’s non-Eurocentric orientation is particularly impressive.  Another strength of TIC’s work is their emphasis on thinking carefully about the ethical implications of digital activism, including the danger that online interventions by human rights campaigners can be tracked down and used against them by abusive regimes or individuals.

Also of note along these lines is a recent report from the United Nations Foundation on the role of New Technologies in Emergencies and Conflicts.  The emphasis here is on the use of networked technology in improving responses to emergencies and conflicts, as well as in rebuilding efforts.  Like TIC’s film, the UN report offers some fascinating profiles of organizations that are developing the potential of digital activism in interesting ways.