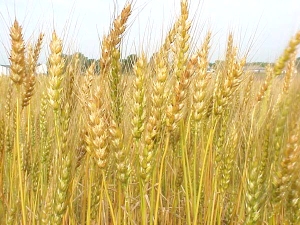 Commodity prices are sky high for the third time in as many years.  While the resulting high prices for food may not be particularly apparent to most Americans, in the global South, this inflation of commodity prices is a life and death issue.

There are many reasons for the recent rise in food prices. Speculation by unscrupulous financiers is one of the more unseemly ones. However, the most significant cause of the high prices is the extreme forms of weather over the last year. There’s little mention of this in mainstream news sources, but Paul Krugman recently wrote a very brave editorial that acknowledges the link between high food prices and climate change.

In a throw away line, Krugman links high food prices to the revolutionary movements sweeping North Africa at the moment.  Surprising to find such a frank admission of the role of food riots in making broader social transformations.  Given the unsustainable nature of our current global food system, we’re likely to see far more political instability and uprising in the future.

One response to “Revolutionary Roots”